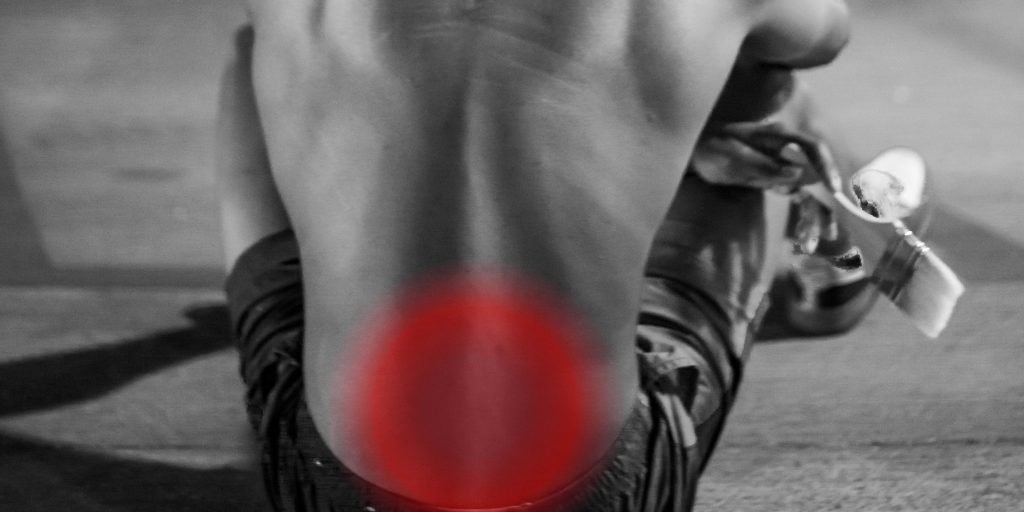 I’m sure everyone wants to know the one best thing that you can do for lower back pain and sciatica. While unfortunately there’s not one miracle thing that will help everyone, I’m going to give you guys my opinion on where you should start to have the most success with recovery.

And keep reading because although you may think I’m going to say yoga, (since this is what I teach), I actually have a different opinion on the best course of action for back pain from my years of working as a physical therapist.

Disclaimer: If you’re having pain and/or numbness/tingling in any area of your body, make sure to see a medical doctor to ensure that nothing serious is going on. This post is for general information purposes only.

What does lower back pain and sciatica actually mean?

Lower back pain and sciatica are both very broad terms. Lower back pain tells us that your lower back hurts but doesn’t help us figure out why it’s hurting. Sciatica may sounds like it’s more specific, but really all sciatica means is that you have pain in a nerve called the sciatic nerve (a nerve that runs from your lower back down your leg). The diagnosis of sciatica itself doesn’t tell us why this nerve is irritated or why you’re experiencing symptoms.

So number one, if you have lower back pain or sciatica, you should first see your doctor to make sure nothing serious is going on.

After this, what is the best thing to do for lower back pain or sciatica?

After this, my suggestion on the best thing to do for lower back pain and/or sciatica is to see a physical therapist who is certified in what is called the McKenzie Method. I myself am not a certified McKenzie therapist, but I have taken courses through the McKenzie Institute and have used this method in my practice. I’ve seen how effective this method can be which is why I’m sharing this with you guys.

So I’ve given you my answer to the question of this post right away, but let me explain why this is my suggestion as the best thing to do for lower back pain.

Getting back to, what is the cause of lower back pain or sciatica, there are many different structures in the lower back region and many structures that surround the sciatic nerve. This means that there are many possible causes of these two diagnoses. But with that being said, from my experience, one of the most common causes of both of these diagnoses is something called a lumbar derangement.

What is a lumbar derangement?

To understand what this is, you need to have a basic understanding of the anatomy of the spine. Don’t worry, I’ll make it simple.

In the spine you have your vertebrae going down in a line. In between each two vertebrae there’s a circular disc. A lumbar derangement means that number one, the issue is in the lower back region. (The lumbar spine makes up the last five vertebrae of your spine.) Number two, it means that the disc/disc material has moved out towards one side. The disc/disc material should be in the center and when it’s not it in the center, it can cause pain.

A lot of people dealing with lower back pain and sciatica fall into this category of lumbar derangement; not everyone but enough that I recommend at least seeing a McKenzie certified physical therapist to see if this is your issue. This type of a physical therapist is an expert in detecting this.

Of course, other issues besides a lumbar derangement can also cause these types of symptoms which is why it’s important to see your doctor to rule out any serious medical causes. 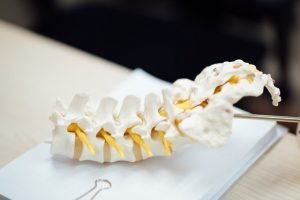 If it is a lumbar derangement, how do you fix it?

If the disc is out of place and it is a lumbar derangement, the thing that will be most beneficial to healing is to find a motion that brings that disc back into the center. This is called centralization.

So yes, your discs can move, so even if you’ve been told that you have a herniated disc or a bulging disc, it doesn’t mean that it has to be this way forever. Through centralization, the disc can move back into place.

In the case of a lumbar derangement, there will usually be one specific motion that will bring the disc back into the center; the motion opposite this will make the disc push further out in the direction that you don’t want it to go which could make your symptoms worse.

I wish there was one answer to which direction you have to move in order to achieve this centralization, but this unfortunately isn’t the case. While there are common motions that tend to help many cases of lower back pain, everyone is different. The good news is that McKenzie Physical Therapists not only can determine if this is the issue you’re experiencing, they can also figure out which direction you need to move in to get better.

This is why I highly recommend that anyone dealing with lower back pain or sciatica sees a Mckenzie specialist. I’ve seen people in past who had been dealing with low back pain for a while or who had been to physical therapy in the past without seeing much improvement make drastic improvements with this method. So even if you’ve been to physical therapy (PT) without much relief, if it wasn’t someone who treated you using the McKenzie method, you should try PT again by someone who uses this method.

I’ve even seen people who were ready to try surgery because nothing had helped them in the past finally find significant improvements with this method and who had been able to avoid surgery. So even if you’ve been dealing with symptoms for a while, I’d still see a Mckenzie Physical Therapist if you’ve never seen one.

Also, if you’ve been diagnosed with piriformis syndrome but haven’t found much relief from treatment for this, see a McKenzie Physical Therapist. Piriformis syndrome is a common misdiagnosis when symptoms are in fact, a lumbar derangement.

And this is not a sponsored post, this is just my honest opinion from my experience as a Physical Therapist. I’ve seen this method produce amazing, life changing effects for people which is why I’m sharing this with you.

You can use this directory to find a McKenzie Physical Therapist near you or to find a telehealth provider: Click here for directory

After your symptoms have cleared up, your McKenzie Physical Therapist will guide you on what movements are best to prevent back pain from re-occurring again. At this point, it’s important to start to move in other directions. The idea of McKenzie treatment is not to avoid a motion forever, it’s to avoid it until your disc has moved back in place through centralization.

At this point as well, things like strengthening and working on the flexibility/mobility of your body are great ways to prevent re-occurrence of lower back pain and sciatica.

For more information on the McKenzie Method, the book “Treat your own back” is a great resource. It’s written by Robin McKenzie himself, the developer of this method.

I hope with this post that I’ve given you some clarity on where to start your journey from healing from lower back pain and sciatica or that I’ve given you a new suggestion to try if you’ve been trying to heal for a while. As always, keep your mind open to the fact that you can heal and live your best life! 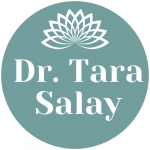 All the information on this website – drtarasalay.com – is published in good faith and for general information purpose only. Dr. Tara Salay does not make any warranties about the completeness, reliability and accuracy of this information. Any action you take upon the information you find on this website (Dr. Tara Salay), is strictly at your own risk. Dr. Tara Salay will not be liable for any losses and/or damages in connection with the use of our website. From our website, you can visit other websites by following hyperlinks to such external sites. While we strive to provide only quality links to useful and ethical websites, we have no control over the content and nature of these sites. These links to other websites do not imply a recommendation for all the content found on these sites. Site owners and content may change without notice and may occur before we have the opportunity to remove a link which may have gone ‘bad’. Please be also aware that when you leave our website, other sites may have different privacy policies and terms which are beyond our control. Please be sure to check the Privacy Policies of these sites as well as their “Terms of Service” before engaging in any business or uploading any information. Our Privacy Policy was created by the Privacy Policy Generator.

Update: Should we update, amend or make any changes to this document, those changes will be prominently posted here.

Exercise and physical activities: Before beginning any of these exercises, you should consult with your physician, assess your fitness level, and follow all safety instructions. Any/all information provided by Dr. Tara Salay is of general nature and should not be taken as medical and/or other health advice pertaining to any individual specific health and/or medical condition. You should be in good physical condition and able to participate in these exercises and you should understand that when participating in same, there is the possibility of physical injury. If you engage in these exercises, you agree that your participation is voluntary and that you are participating at your own risk. By engaging in these exercises you agree to assume any/all risk(s) of injury. Should your participation in these exercises result in injury, you agree to release, discharge, and hold Dr. Tara Salay as harmless from any/all losses, liabilities, injuries, and/or damages resulting from any/all known or unknown claims and/or causes of action.

Links included in this description may be affiliate links. If you purchase a product or service with the links provided I may receive a small commission.